(This serves as a link to a series that I am doing on my blog Real Church Life where I dismantle dispensationalism.)

Dispensationalist Ron Rhodes asks: Can We Know When the Ezekiel Invasion Will Occur?

Obviously, Rhodes’ question implies that he believes that this prophecy is still to be fulfilled. The particular passages regarding the re-gathering of Jews and the invasion of Israel that Rhodes refers to are found in Ezekiel 36-38. He argues that the contemporary re-gathering of Jews from many nations back to Israel “appears” to be setting the stage for the inevitable prophesied invasion. Though, he covers his back saying “Of course, it is always possible for things to reverse course, in which case the invasion could still be a long way off.”

In terms of the invasion forces, Rhodes says that Ezekiel refers to Russia heading up a coalition from the north of Muslim states including Iran, Sudan, Libya and Turkey. Firstly, though arguably possible, it seems highly unlikely that Libya to Israel’s west and Sudan to their South would form part of a “northern assault force.”

Secondly, consider how the account of the armies in Ezekiel 38:4-5 doesn’t describe a modern army: ‘And I will turn you about and put hooks into your jaws, and I will bring you out, and all your army, horses and horsemen, all of them clothed in full armor, a great host, all of them with buckler and shield, wielding swords. Persia, Cush, and Put are with them, all of them with shield and helmet…’ Can you imagine an army in the future army with ‘…horses… horsemen…in full armor… with buckler and shield, wielding swords…shield and helmet’?

Russians and Muslims to Invade Israel on Horseback?

Using Rhodes’ literal method of interpretation, we end up with Russians and Muslims in an army fighting on horseback against Israel sometime in the future, which is most improbable. However, rather than acknowledge that the description of the armies is obviously historical and not futuristic, Rhodes instead goes against his anti-allegory dispensational stance by using an allegorical interpretation of these armies. This is most unusual coming from someone who is adamant that prophecies are to be literally understood. Yet, in order to make his end-time view work, Rhodes is forced to dismantle his dispensational view by either having a ridiculous notion that these armies are a literal description of the future or by acknowledging the armies as allegorical, thereby undermining the literal interpretation method that he demands.

Which is it, dispensationalism with an improbable future of armies on horseback, or an admission to the use of a non-literal interpretation? (For more, see debate 1 where Ron Rhodes asks, “Should Bible Prophecy Be Interpreted Literally or Allegorically?”)

Other posts in this series so far: 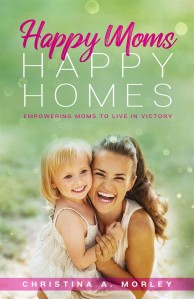